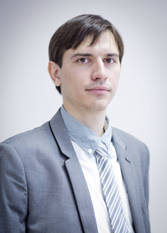 Ukraine’s decision to “suspend preparations” for signing an Association Agreement with the EU will backfire after the Vilnius summit. The announcement was met with palpable disappointment in the EU and placid lack of surprise in Moscow.

Given the dire economic situation in Ukraine, a lack of agreement with the EU augurs ill for Ukraine’s investment climate and energy diversification. Although the government declared its intention to repair ties with Russia, Ukraine’s exporters cannot discard the challenges of weak demand in Russia, which might unleash a new round of trade wars.

(…) The first challenge Yanukovich will face is that from its eastern neighbour. Wide-ranging trade restrictions recently imposed by Russia have shown Ukraine’s exporters how hard life might become. However, with no agreement in sight, Kiev with have even fewer options to deal with Russia in case of trade disputes.

Given the likely spats over gas payments, Moscow may well decide to raise the stakes by resuming trade restrictions against Ukraine. The EU Association Agreement, which contains a hefty free trade component, would have given Ukraine a prospect of diversifying some of its exports away from Russia, as the customs duties and non-tariff barriers are slashed. With no agreement signed, however, Yanukovich will face Russia on his own. Given the expected decline in Russia’s demand for Ukrainian exports such as steel or rail cars, Moscow is very likely to apply protectionist measures.

Besides, the Kremlin could resort to blocking market access to punish Yanukovich’s reluctance to join the Eurasian Customs Union, Putin’s pet integration project. A loss of access to Russian markets without any compensation would deal the hardest blow to eastern Ukraine, where major steel and machinery exporters are based. This has long been Yanukovich’s electoral heartland, and he will be seeking re-election in 2015. A recast of the trade embargo would cost millions in export revenues and thousands of jobs. In such a scenario, Yanukovich will be hard-pressed to resist Russia’s offer for Ukraine to accede the Eurasian Economic Union, due to be established in 2015.

Secondly, a failure to sign the Association Agreement will jeopardise Ukraine’s energy security. Recent investment deals for gas exploration struck with western multinationals were touted as Yanukovich’s major achievement in the quest for energy independence. Production-sharing agreements might indeed attract multi-billion investments to Ukraine in exchange for access to its conventional and shale gas deposits. However, given Ukraine’s poor investment climate and shaky property rights, PSAs offer little protection against potential change of regulatory conditions.

The future ownership of Ukraine’s gas transmission system (GTS) is a particularly thorny issue, as access to it is crucial for supplying gas once production starts. Ukraine’s signature of the Association Agreement would seal the country’s commitment to applying EU rules for equal access to gas pipelines. However, this should not be taken for granted, given Ukraine’s patchy compliance with its existing Energy Community commitments and the uncertainty over GTS modernisation. Russia’s Gazprom stands to lose most in case of Ukraine’s transition from a major gas importer into a net exporter, if Kiev managed to replicate the “shale revolution”. Hence, Moscow is likely to exploit its energy leverage in the years before shale gas production comes on stream in Ukraine.

In the meantime, Ukraine will need to secure alternative sources of gas supply. This is where the EU has tangible leverage. Current gas supplies from Poland and Hungary are modest, but the start of reverse supplies from Slovakia offer a viable counterweight to Gazprom. If the current negotiations between Slovak and Ukrainian transit system operators end with an agreement, Ukraine could source about half of its import gas needs from the west.

Finally, there is Ukraine’s dire need of external financing. The country’s prime minister cited the IMF’s refusal to link the Association Agreement with a decision on a credit line for Ukraine as a major factor in the decision over European integration. After Ukraine’s government lost access to cheap loans from private lenders amid the country’s growing budget woes, top officials had recently appeared more enthusiastic about resuming the $15bn loan programme, frozen at the end of 2012.

However, as the IMF loan comes with strings attached, until now Ukraine’s government expected concessions from both the EU and the US. The IMF expects Ukraine to liberalise prices of domestic gas prices for household and utilities, which form the backbone of lucrative corruption schemes. By using talk of social protection as a pretext, the government has rejected those conditions.

However, if the Association Agreement is not signed, the major shareholders in the IMF will have even fewer reasons to provide financing through the IMF. Ukraine’s negative current account balance has been exacerbated by a drastic decrease in foreign direct investment for the second year in a row. The Association Agreement espouses provisions protecting foreign investors. Therefore it could offer Ukraine a prospect of investment influx; especially in the sectors that have been overlooked by the local investors, such as infrastructure and services.

Ukraine’s re-engagement with Russia, allegedly backed with hefty financial promises, adds another veil to Yanukovich’s brinkmanship with the EU. This “Russian roulette” will go off in a chain of grave challenges to Ukraine’s economy. As soon as a credible deal with the EU is off the table, the policy of balancing between the west and Russia will crumble. As Thursday’s protest on Ukrainian streets showed, the political stability of Ukraine may well be buried under the debris.