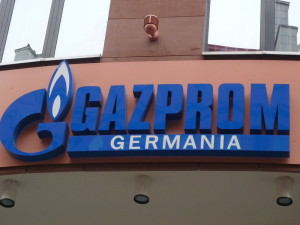 Recent developments of Russian-Ukrainian conflict that entered a ‘hot phase’ with the tensions over Crimean Peninsula clearly demonstrates for Europe that dominant position of one gas supplier in the region may be used as a powerful tool in geopolitics. Manipulating by gas prices which have direct impact on Ukraine’s economic performance Russia caused dramatic influence on its neighboring country politics.

The latest events proved that Russia will always use a formidable weapon of gas prices against any country that reliant on its gas supplies.

Indeed, the EU has well-diversified gas supplies portfolio and aims to decrease its internal gas consumption and to diversify away from Russian gas supply. But nevertheless Russia will stay the dominant supplier of natural gas to the EU against the background of declining gas output inside Europe and shift to more environmentally friendly energy policy which may demand natural gas as a bridge fuel. According to Reuters research, Russia’s share of Europe’s gas market is projected to be preserved near current 30 percent even despite moderate growth of gas demand[1].Russia is going to defend its dominant position at European gas market further by implementing massive pipeline projects like the $46 bn South Stream pipeline.[2]

The strategy of Russian gas monopolist Gazprom is built upon acquiring of full legal and operational control over total supply chain from well to final customer usually by conducting individual agreement with separate EU member states. Apart from pure legal concerns in regard to gas pricing and blocking the diversification of gas supplies in Europe raised by the European Commission in 2012[3] huge Gazprom’s dominance in Europe also raises an issue of gas supplies security. Using gas prices as a tool pressure in the EU’s neighboring Ukraine Russia posed significant threat for stability of its gas supply to Europe through Ukrainian pipelines. Even having a long-term gas agreement with Ukraine regarding gas prices and transit based on formula approach Russia started to manipulate gas prices discounts in political games with former Ukrainian President and Government. After they have been overthrown by massive protests in the beginning of this year, Russian troops invaded Crimea that hosts a base of Russia’s Black Sea Fleet. The language of force used by Russia set huge uncertainty about interruptions of Russian gas flows via Ukraine that currently pumps about 65 percent of Gazprom supplies to Europe.[4] Any disruption of these flows (if the parties of conflict will begin open hostilities) could have a dramatic impact on European gas consumers as gas supply will be shortened. Even after Gazprom and the EU will manage to fully load the North Stream pipeline Russian gas export monopolist would be able to fulfill just about two-thirds of its European contractual obligations.

All this casts doubt about credibility of Russia as a reliable gas supplier to the EU. Ukraine’s experience evidenced about correctness of the chosen path by the EU – promoting alternative sources of energy to Russian gas and diversifying of gas suppliers. Now it’s obvious that Gazprom has to fulfill the provisions of 3rd Energy Package of the EU that set transparent market-based pricing and contracting and unable monopolization of gas supplies in the EU member states by one supplier. Apart from fair gas pricing, stronger competition at European gas market and legal prohibition to concentrate market power along gas supply value chain will prevent the use by any supplier (not only Russia) dominant position in political purposes. Such a strategy used by Russia can often be harmful for gas supply security as it has already been seen in Ukraine.

Gazprom and 3rd Energy package: is any justification for exemptions?

During recent decade European gas market underwent drastic changes that influenced both consumers and suppliers. Appearance of new sources of supply in form of U.S. shale gas and increased LNG flows to Europe led to significant pressure on traditional oil-indexed gas pricing system that prevailed European market since the 1960s. Such a system was initially designed with the purpose to stimulate high investments in gas production and supply infrastructure but simultaneously led to monopolies on national gas markets. New EU legislation cracked these monopolies through separation of production and sale from transit, opened the market to newcomers through third-party access to pipelines, and enforced these provisions through antitrust probes.

Gazprom, the largest Russian gas producer, is the subject of special interest of the European Commission. During recent years the company’s strategy was to build-up its market power by securing gas production fields in Russia and gas transit and supply infrastructure in CIS countries and Europe. Usually, Gazprom performed acquisitions (full or partial) of national gas companies according to different types of agreements in separate countries. Since 2012 such strategy has been opposed by the European Commission which opened an antitrust investigation against Gazprom focusing on whether the company was thwarting competition and pushing up prices in Central and Eastern Europe[5] that lacks access for alternative supplies. Such situation allows Gazprom to gain from price arbitrage and increase its dominance at European gas market. According to the EU DG Competition, the problem is not that Gazprom prices are set according to oil-indexed formula but the problem is in setting abusive prices without connection to economic fundamentals. As a result, Western countries that favor from access to alternative supplies often pay less much less prices than some countries in Eastern Europe. Therefore, the European Commission is eager to set the general rules of competition that will not allow to use Gazprom its carefully built value chains in European gas market. This also raises an important question if new huge Gazprom pipeline projects like South Stream will be viable under 3rd Energy Package provisions. Gazprom asks for exemptions from new EU energy legislation but the European Commission is truly doubtful about the need in increasing of monopolistic power of Russia and dependence of the EU from Russian gas supplies.

The conflict between the EU and Russia on gas matters even more deepened this year after Kremlin proactively used the matter of gas prices for expanding its economic and political presence in Europe. Despite the position of the European Commission on common rules for ownership and operation for gas supplying infrastructure Gazprom tend to negotiate individual agreements with separate EU member states offering gas price discounts or other preferences thus violating competition at European gas market. This is the policy of Gazprom not only for getting access for existing infrastructure but also for new pipelines projects settlement (like South Stream) that were designed for preserving Russian monopolistic dominance in Europe. But it’s obvious from EU prospective that such a situation contradicts to EU energy policy goals which inter alia targeted on diversification of gas supplies and switching from non-transparent oil-indexed contracts to spot gas market that will run onto common rules and is expected to ensure transparent gas trade and prices.

Moreover, recent political conflict in Ukraine demonstrated that Russia could sacrifice of stability in the region and break the sustainability of Ukrainian gas market that is vital for transiting of bulk of Russian gas to Europe in favor of own political interests. Despite the fact that Russia is likely to remain one of the core suppliers for EU gas market, the EU has to remember that reliance on Russia as a gas supplier and increasing its role at European gas market would bring a number of risks for gas supply security which are to be minimized by application to Gazprom the provisions of 3rd Energy Package without any exemption