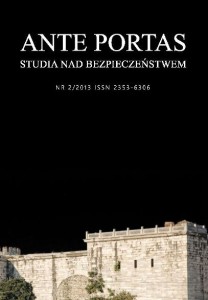 "United States of America: 150 years on the road to superpower status"

An editorial board of "Ante Portas" encourages authors to send in articles regarding the birth and evolution of the idea of world power in the history of the United States in the last 150 years. The subject of our interest, among other things, are: